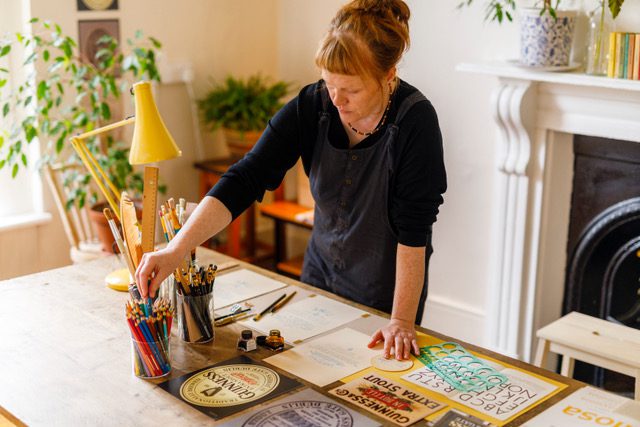 Annie Atkins, the graphic developer behind Wes Anderson’s The Grand Budapest Resort, The French Dispatch and Steven Spielberg’s Bridge of Spies, will certainly be bringing her one-of-a-kind design from her Dublin workshop to the Guinness Warehouse’s Winterfest this Xmas, creates Rachel Cunningham.

Winterfest, a five-week Christmas experience that will certainly be running up until January 3, will certainly see the Guinness Storehouse transformed into an immersive joyful magnificent, under the innovative direction of Ms Atkins, its inaugural lead manager.

The curation, inspired by renowned advertising and marketing obtained from the Guinness archive, will be brought to life throughout all 7 floorings of the Guinness Warehouse with a 15-metre modular tree installation in the Guinness Warehouse atrium consisting of several Christmas trees, embellished with graphics created by Annie and also Guinness-inspired black and gold decorations.

Speaking on the partnership, Annie Atkins stated: “Teaming up with the Guinness Warehouse has actually been such a reward, as I have actually been a long-lasting fan of their legendary branding. They have such an abundant style background and also their archive was bursting with motivation. It’s been particularly enjoyable developing for such a magical season, as well as I really hope that the site visitors enjoy it as much as I took pleasure in creating it.”

The warehouse is developing a streetscape of light displays from Crane Street to the Guinness Storehouse, with an estimate above the gate that will certainly show up after sundown. Site visitors can also see the scene of the Guinness Christmas advertisement, with the soundtrack executed by Glasshouse Orchestra, a music ensemble as well as arts organisation based in Dublin on Saturday, November 27.