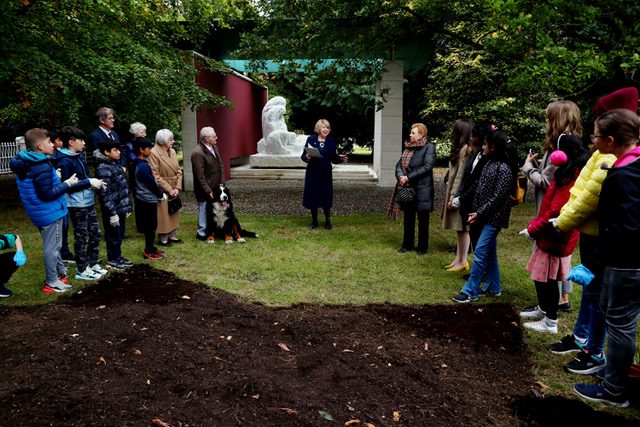 To honor child victims of the Holocaust, kids from 6th class Fingal’s Hansfield Educate With each other National Institution grew a yellow crocus garden at Áras an Uachtaráin, creates Rachel Cunningham.

The growing occurred in the presence of Sabina Higgins and also Holocaust survivors Suzi Diamond as well as Tomi Reichental, along with a third generation survivor, Caryna Camerino.

The Crocus Job is an Irish campaign where Holocaust Education Count on Ireland supplies yellow crocus bulbs for youngsters and also school students aged ten years and also over to plant in memory of the 1.5 million Jewish kids that passed away in the Holocaust as well as the countless various other kids who were sufferers of atrocities.

Due to the fact that they reflect the yellow Stars of David that Jews were compelled to put on throughout the Holocaust, the yellow flowers were selected. The crocus blossoms at the end of January, which ought to accompany International Holocaust Memorial Day on the 27th of January.