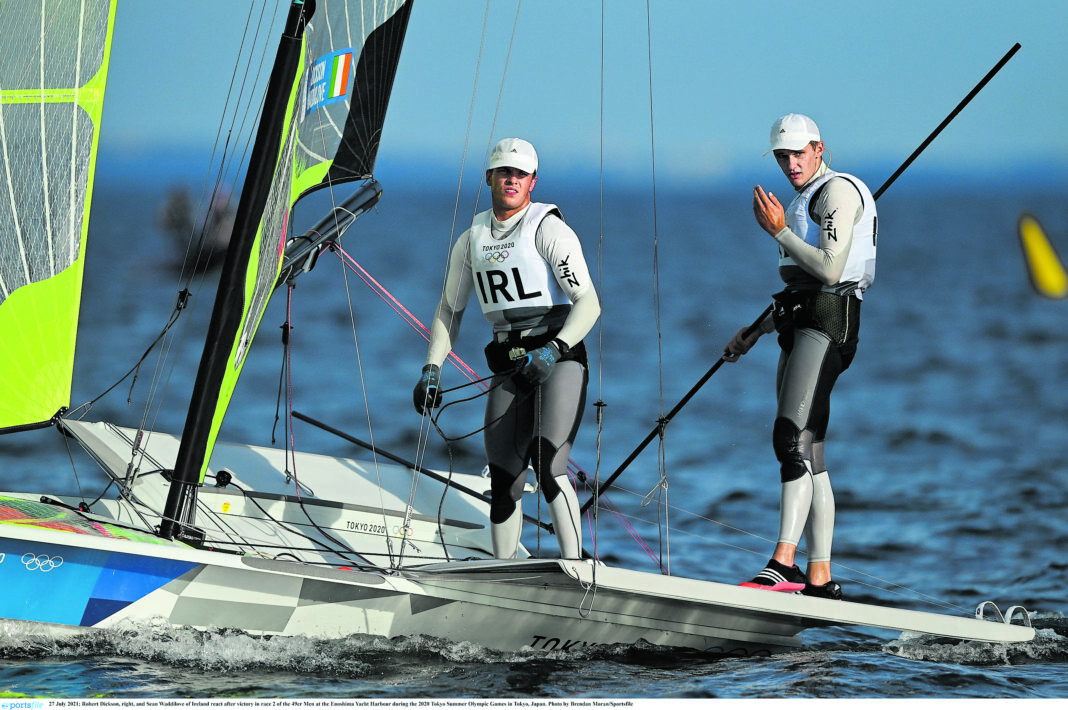 Sailing:  The world championships for the Olympic 49er skiff class  got underway in Mussanah, Oman on Tuesday with mixed fortunes for the two Irish crews competing.

The North Dublin pair had a 14th then a 10th place before winning the third race of the day to finish 14th overall.

The qualification round continues for another two days to determine the Gold and Silver fleet splits for the final round that concludes on Sunday.

The venue has experienced light airs for the past two weeks though a sea breeze on Wednesday has been forecast.

“This regatta will be a key benchmark for both boats – Rob and Seán coming from their Olympic debut,” said James O’Callaghan, Performance Director for Irish Sailing.

Robert Dickson (right) and Sean Waddilove of Ireland in action at the Tokyo Olympics. Photo: Sportsfile

KARATE: Two Dublin teenagers showed their warrior spirit to become the next generation of black belts

Kellie and Katie to duke it out for top boxing award