IRISH pizza makers The Dough Bros have added another couple of awards to their already bulging mantlepiece after being named Top Pizzeria in Ireland and Best Takeaway Pizzeria in Europe for 2021.

The Galway-based restaurant was awarded the accolades by 50 Top Pizza in The Guide to The Best Pizzerias in Italy and Worldwide.

The award-winning pizzeria, located on Middle Street in Galway city centre, has also been ranked at 27th in Europe for their pizza in the annual listing. 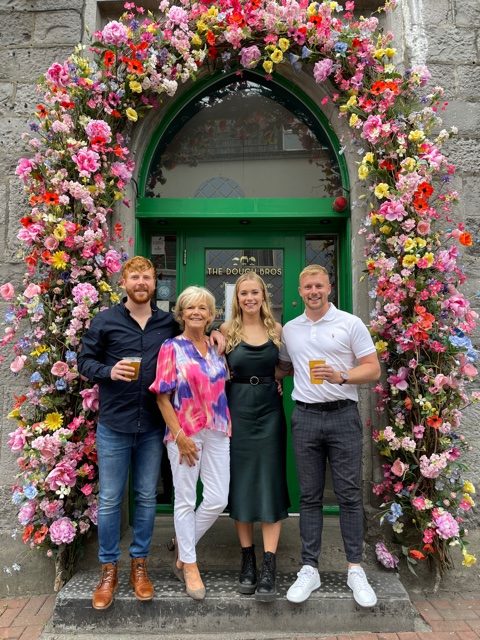 Speaking about The Dough Bros’ awards and placement, Top 50 Pizza explained: “During the past 18 months, which have been so challenging for the worldwide restaurant sector, two brothers from Galway have transformed the roadblock of the health crisis into an opportunity.

“They never lost courage but instead perfected their takeaway service and even created a kit to make at home. Even the kit will produce one of the best pizzas in the country.”

Reacting to the news, The Dough Bros said: “To be named as the top pizzeria in Ireland by The Top 50 Pizza Guide is a huge honour.

“For us it’s never about being the biggest, we have always focused on being the best we can be and making a real impact in Ireland and putting Irish pizza on the map.”

They added: “Seeing The Dough Bros Named as the Top Pizzeria in Ireland and No 27 in Europe alongside the likes of Beast in Copenhagen, 50 Kalo and Peppe in Paris (who was named No 1) felt like a real moment.

“Like we had arrived at a destination we have been working so hard to reach.

“Then to also be named as the best takeaway pizzeria in Europe alongside that was a great surprise.”

Regarding their efforts during the Covid-19 pandemic and associated lockdowns, they admit it was a “challenging” time, but claim they simply had to get on with it.

“Last year when the restaurant closed, we had to switch to a takeaway and developed the kits also,” the brothers, Eugene and Ronan Greaney, explain.

“When we opened as a takeaway, we did not want to do it for the sake of it, we aimed to provide the same level of standards and qualities we applied to the restaurant.

“It was challenging and hard work so to get this accolade as well as the awards above was the icing on the cake.”

Eugene explained: “We closed up for the night and watched the awards live with our staff. It was a night we won’t forget.” 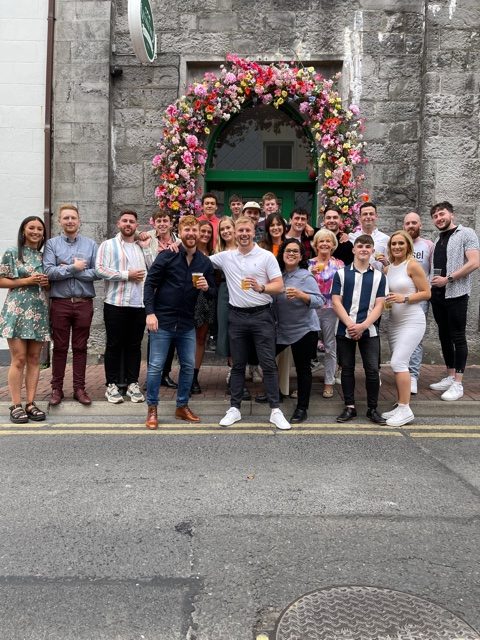 In June of this year, the Galway brothers’ pizzeria also featured as no 27 on another Top 50 Pizzas in Europe list by the hugely popular travel site, Big Seven Travel.

Despite the challenges faced over the past 18 months it has been an incredibly successful year for the business.

And the success of their takeaway service has changed the brothers’ way of thinking.

Now they hope to open a takeaway pizzeria in the city once they get their restaurant fully reopened.

“We are coming out of this pandemic with a far more varied business model,” Ronan explained.

“Rather than rely on the restaurant model we hope to add a factory for our kits and a takeaway business so people can enjoy the Dough Bros pizza in different ways, which is really exciting.”

Eugene and Ronan run The Dough Bros Restaurant on Galway’s Middle Street with a team of 25.

Their 2021 accolades are not the first they have received from the industry internationally.

Last year, they made history by being named in the prestigious 50 Top Pizza (Europe) for 2020, the first time the west of Ireland was featured in the awards.

For further information about The Dough Bros click here.