THINKING outside the box to face the post Covid challenge of reigniting their gin and whiskey business, an Irish distillery has come up with an innovative and exciting way to raise funds and not go to the bank.

Listoke Distillery in Co. Louth built the first gin school experience in Ireland, which launched in 2016.

Quickly proving a popular attraction, the site brought national and international tourists into Drogheda and Ireland’s Ancient East, often filling up to 60 bed nights per weekend in the region.

The interactive experience has been acclaimed worldwide, on Lonely Planet, National Geographic Travel Guide and many more, however when the Covid-19 pandemic hit in 2020, the school was forced to temporarily close its doors.

Instead, it turned its attention to supporting the pandemic response effort and became the first Irish distiller to start producing hand sanitiser, claiming they “realised that the coronavirus was going to have a massive impact on us and our country”.

The company has worked through Covid and lockdown which included seeing queues of people for their sanitiser when they began making it last March.

Sarah McAvinchey, Head of Sales at Listoke Distillery, explained: “I had never seen fear like it on people’s faces.  They were coming from Waterford, Roscommon and all round Ireland. We would say ‘don’t travel, we will post it to you’. At least we were able to do something positive at such a strange and worrying time.”

Listoke Distillery produced around 100,000 litres of sanitiser which is used in schools, hospital clinics and nursing homes and in addition they have donated up to 20 percent of it to groups working with the vulnerable.

Thankfully infection rates are now under control in Ireland and restrictions are slowly lifting across the country, with customers expected to return to Listoke Distillery soon. 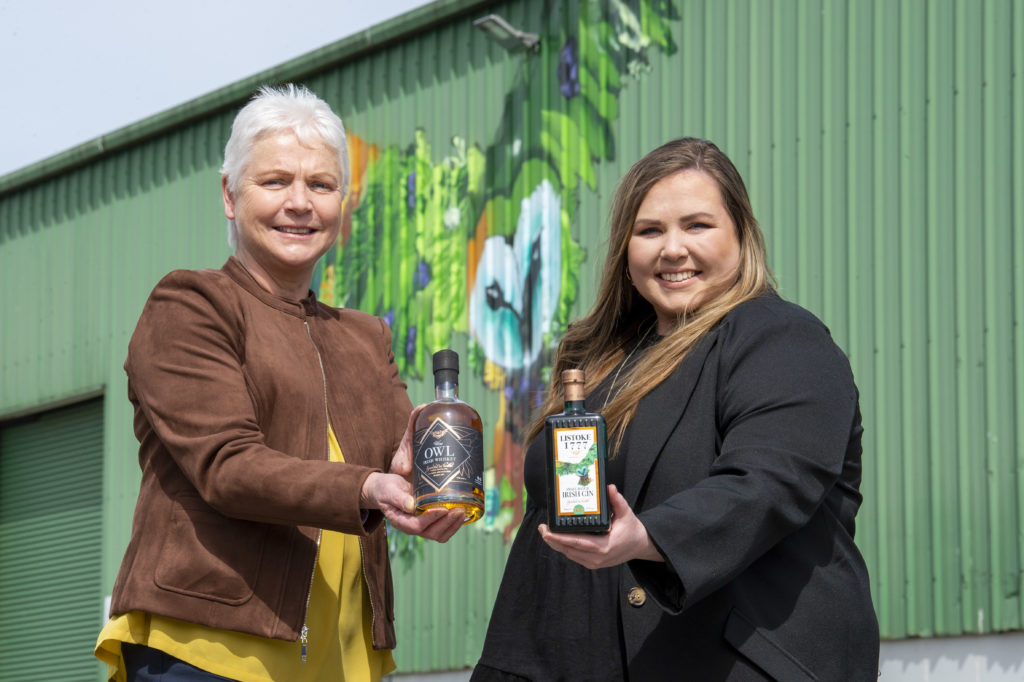 In the meantime the innovative firm has found a unique way to raise funds to support their business – by raffling off five per cent of their company.

The form – whose Listoke 1777 gin has won awards all around the world, including Best European Gin 2018 and two Gin Masters Awards in one year – is returning to plans to expand overseas that were parked due to Covid-19.

Listoke is expanding into China and Russia with both its gin and whiskey and have decided to think “outside the box” again for the funds needed to help with the brand activation.

“We always try and do something a bit inventive,” Ms McAvinchey said.

“I had seen raffles for houses and cars on social media and because we are a family company we have the ability to raffle five per cent of our shares  –  going by a recent valuation this could be worth up to €80,000 at present,” she explained.

Funds rasied through the raffle will go towards launches of both Listoke Gin and the new Wise Owl Whiskey (WOW), the latter being produced by the Great Northern Distillery in nearby Dundalk.

Ms McAvinchey said the raffle also “lets people be a part of what we are doing”.

“If you don’t win you are still putting money into seeing an Irish business grow,” she explained.

We have had very positive feedback from many of the companies and individuals that we were able to help with our sanitiser last year.

“This positive story has helped in people wanting to help us now get back out and do what we do best – distil and sell gin.”