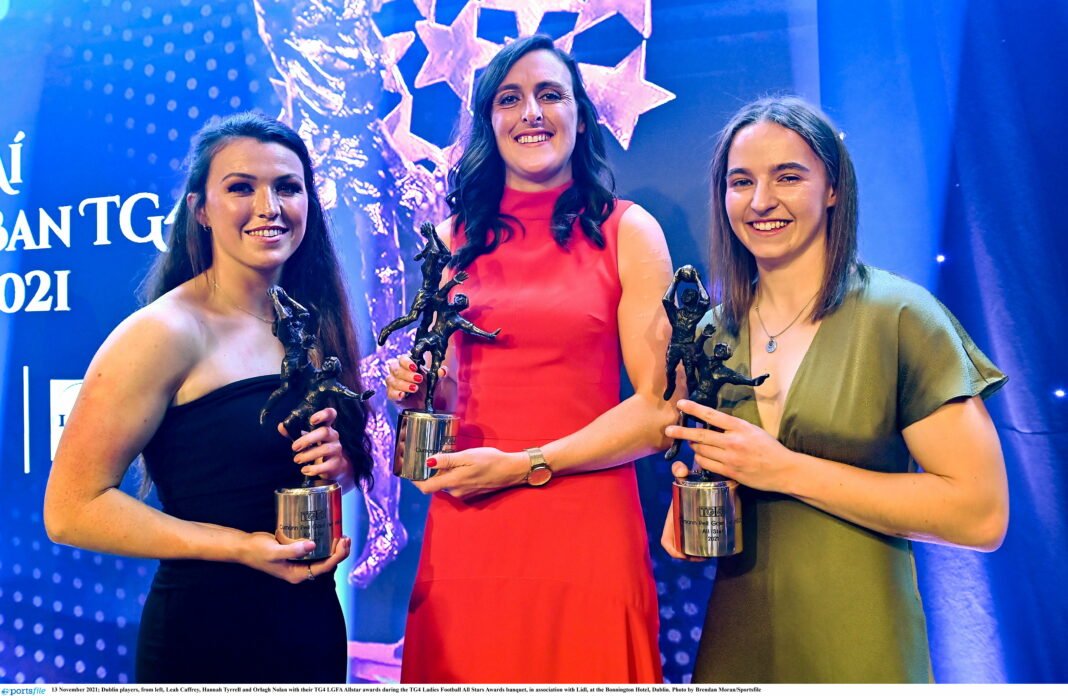 Three of Dublin’s Ladies footballers have been awarded with a place on the 2021 TG4 Ladies Football All Star team.

Leah Caffrey, Orlagh Nolan and Hannah Tyrell are all included in the team for the All-Ireland finalists.

It’s a third All Star award for Caffrey, with Nolan and Tyrell first-time winners.

ALL-Ireland Senior champions Meath lead the way with eight representatives on the team, which was revealed at the TG4 All Star awards banquet on Saturday evening.

Cork have two players on the XV, while Mayo and Donegal have one each.

during the TG4 Ladies Football All Stars Awards banquet, in association with Lidl, at the Bonnington Hotel, Dublin.