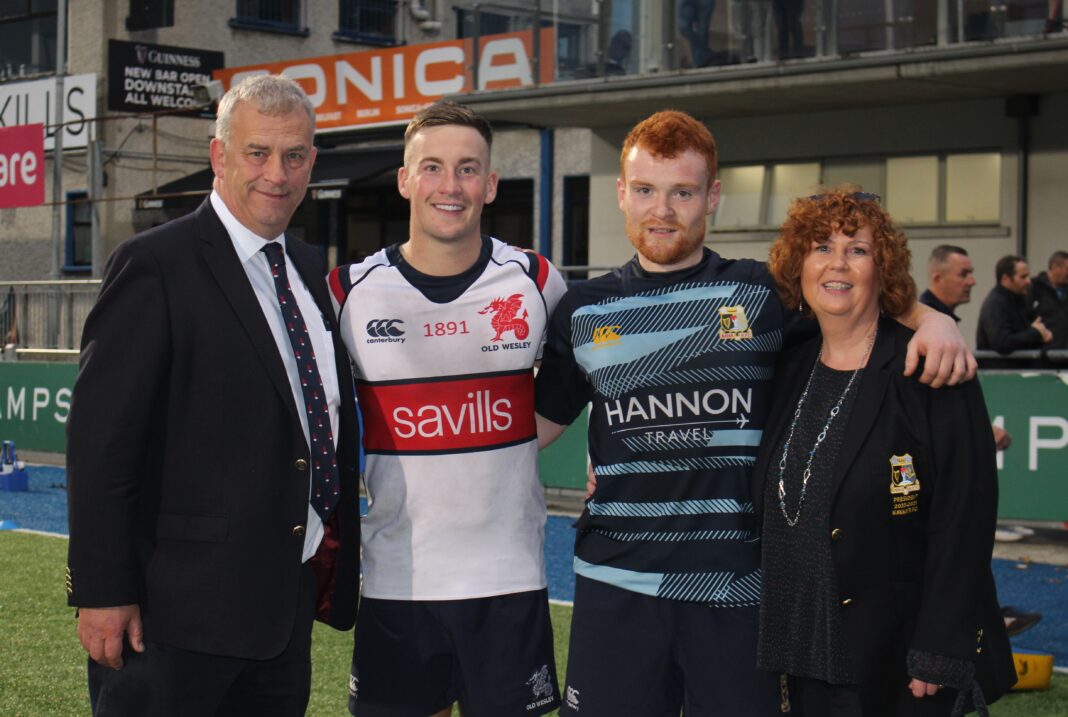 DAVID POFF got the opening try as his father and Old Wesley president Nigel looked on while the Dublin side made it three wins from three in the AIL.

Wesley continued the dominance and soon Alastair Hoban pounced on a loose ball and literally fell over the line for try number two. This time Josh Miller converted for a 12-0 lead, and Navan had hardly touched the ball.

Navan’s woes were added to midway through the first half when their No 8, Hardus van Eeden, was yellow carded for a dangerous tackle and with 27 minutes on the clock, Wesley capitalised with Iain McGann shrugging off a couple of tackles to cross for the third try. Miller again converted to make it 19-0 at half-time.

McGann again had a hand in Wesley’s fourth early in the second half, delivering a pass to Rob O’Donovan who crossed, with relative ease, to score the bonus point try under the posts.

If Navan were to have any chance they needed to score next, but the exact opposite happened. A kick down the touchline and a defence mix up by the Meath men was capitalised on by the chasing Nathan Randles who dived on a loose ball for another try. Cassidy converted from the touchline and the result was beyond doubt. Wesley were now rampant and the visitors had noanswer.

Shortly after the water break Charlie O’Regan scored try number 6 after receiving a pass and sprinting 20 metres unopposed to touch down under the posts. With 10 minutes to go Navan eventually got the ball down for a try when winger Paddy Fox crossed. However it was only a consolation and Wesley had the last say with another try.