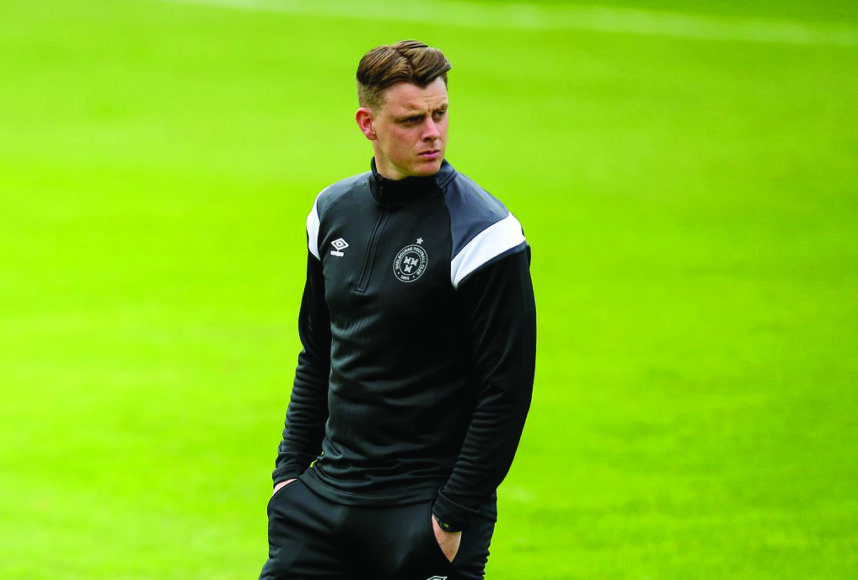 Ian Morris hailed his side’s ‘best performance’ of the season as Shelbourne toppled Athlone Town from the summit to lead the First Division table for the first time this term.

The Reds top the table – albeit they trail UCD on goals scored – following a dominant win over the midlands side as the 2019 champions look to bounce back from relegation at the first attempt.

Morris’s side have displayed mixed form in the opening weeks of the season, failing to win either of their opening two games, but they’ve won four in five since.

The midfielder capped off a sustained spell of pressure from the home side to drive home from close range, despite a spirited attempt from Athlone defender Jonathan Carlin to keep the ball out.

Former Cabinteely defender Carlin could only deflect Brennan’s firmly-struck shot into the roof of the net for what would prove to be the game’s only goal.

“The result is king, but the performance was something that we have been focusing on,” Ballyogan native Morris told the Dublin Gazette.

“We needed to move the ball better and I thought tonight that we did. The pitch is in great nick and, when it has a bit of zip on it, we can move it well and quickly.

“But the three points are important. I thought it was probably the strongest performance of the season over ninety minutes.

“We moved the ball well, got a clean sheet and the three points – you can’t ask for much more than that.”

The home side created the vast majority of the chances against a side who had been unbeaten until being edged out by Cabinteely a week previously.

Yoyo Mahdy tested Athlone keeper Mícheál Schlingermann,  with an early volley before the visitors’ winger James Doona lashed a shot over from the edge of the box.

Shels came within inches of taking the lead on the stroke of half time as captain Luke Byrne, making his first appearance of the season, saw his header cleared off the line by Dan McKenna.

It would take the Reds just ten minutes of the second half to take the lead, however, as Brennan picked up the rebound from Brian McManus’ shot to lash the ball emphatically home.

Athlone took on a more attacking shape in response to going behind but it was Shels who dominated the rest of the game and they were unlucky not to put the game to bed earlier.

Byrne came close to scoring once more as his header was tipped onto the bar by Schlingermann, while Kevin O’Connor’s effort was again cleared off the line by ex-Shels man McKenna.

And Dayle Rooney should have wrapped up the win late on as he was played in by fellow sub Geoegie Poynton, but he saw his shot cannon back off the post.

Those misses weren’t to matter in the scheme of things, however, as Shels saw out the victory with comfort to join Andy Myler’s Students at the top of the table.