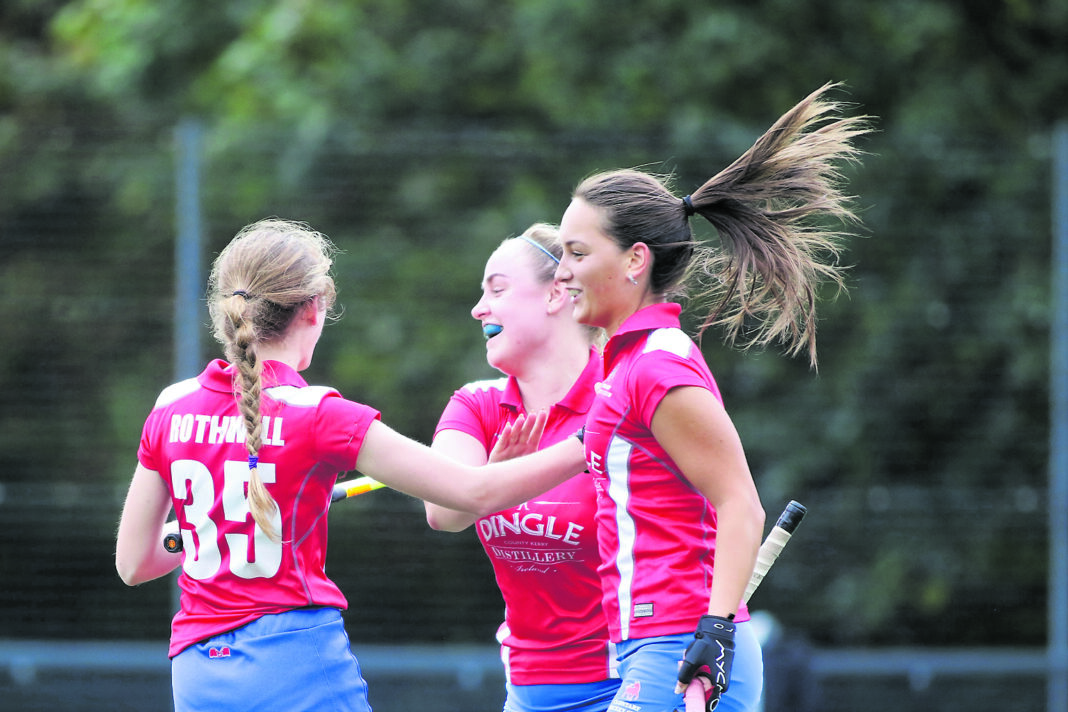 Shootout drama abounded in the women’s Irish Senior Cup and Irish Hockey Trophy as Railway Union and Muckross both prevailed via that method on a thrilling day of action with 32 clubs battling it out in the respective competitions.

There was precious little between Railway and Loreto in the EY Hockey League in September and so it proved once again when they met on Saturday in the cup with normal time ending scoreless. The Park Avenue outfit produced a flawless shoot-out with Sarah Hawkshaw and Orla Fox converting while Riona Norton kept out three efforts, setting the stage for Lily Lloyd to clinch the contest 3-0.

Ulster Premier side Lisnagarvey came closest to a shock but they were denied in a shoot-out 3-2 by EY Hockey League side Muckross, with the Donnybrook club prevailing 3-2.

UCD won a top quality contest against Old Alex 2-1.  After a tight first half, Katherine Egan broke the deadlock in the third quarter and Sophia Cole’s penalty stroke put the students two up. Deirdre Duke got one back in the closing minutes but they could not nick a draw.

Elsewhere, there were relatively comfortable wins for Pegasus, Pembroke and Catholic Institute. Lucy McKee’s double helped Pegs see off a stubborn Ulster Elks 3-0 while Insta proved too strong for Corinthian.

Pembroke, meanwhile, got the best of Cork Harlequins 5-0.

In the Irish Hockey Trophy, Clontarf were winners against Rathgar in an all-Dublin clash.